Back to Esports Page →

DimensionU is excited to be able to bring you 8 days of competition this year. We have something for everyone—so check out the calendar below and GET IN THE GAME! 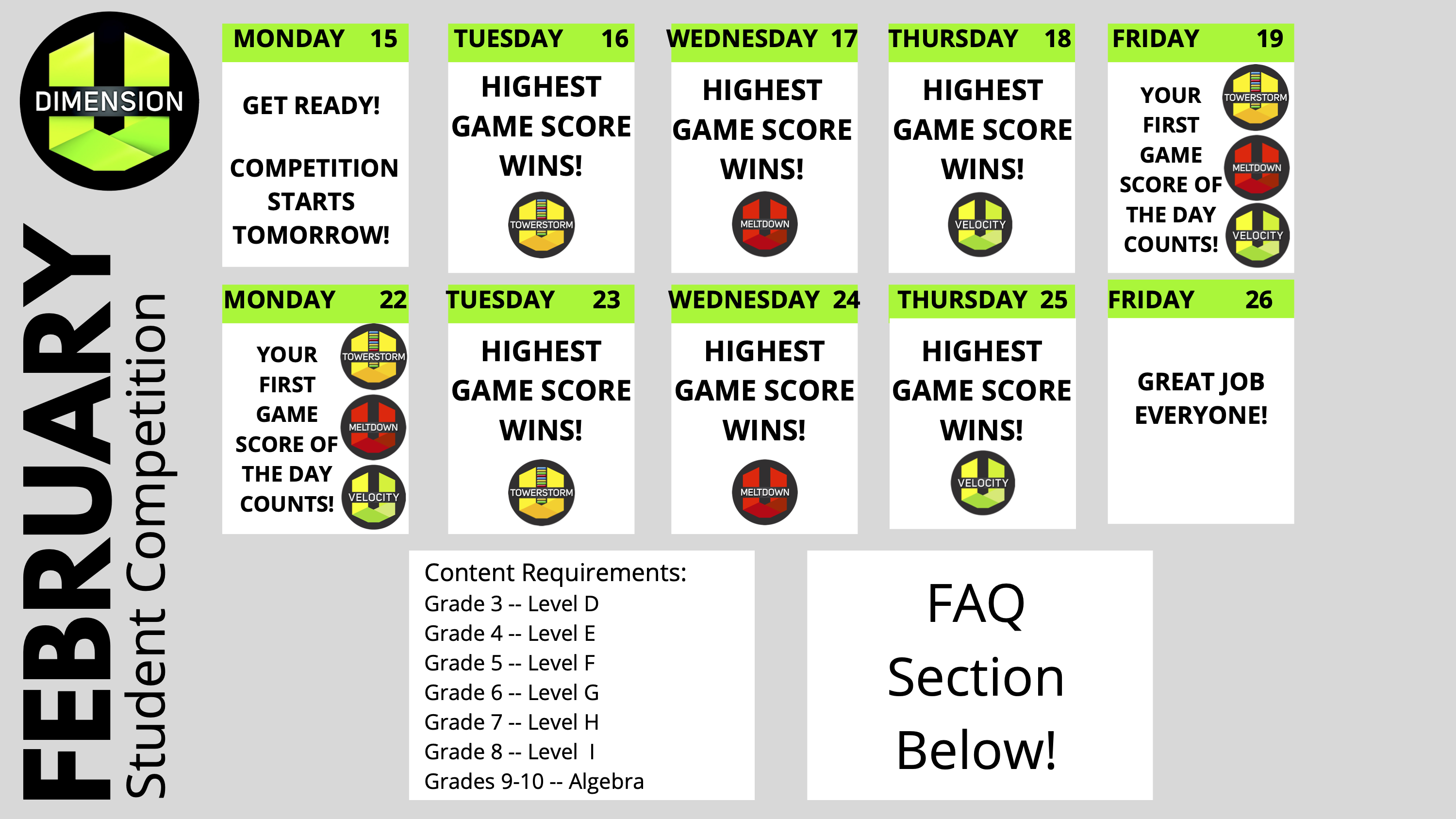 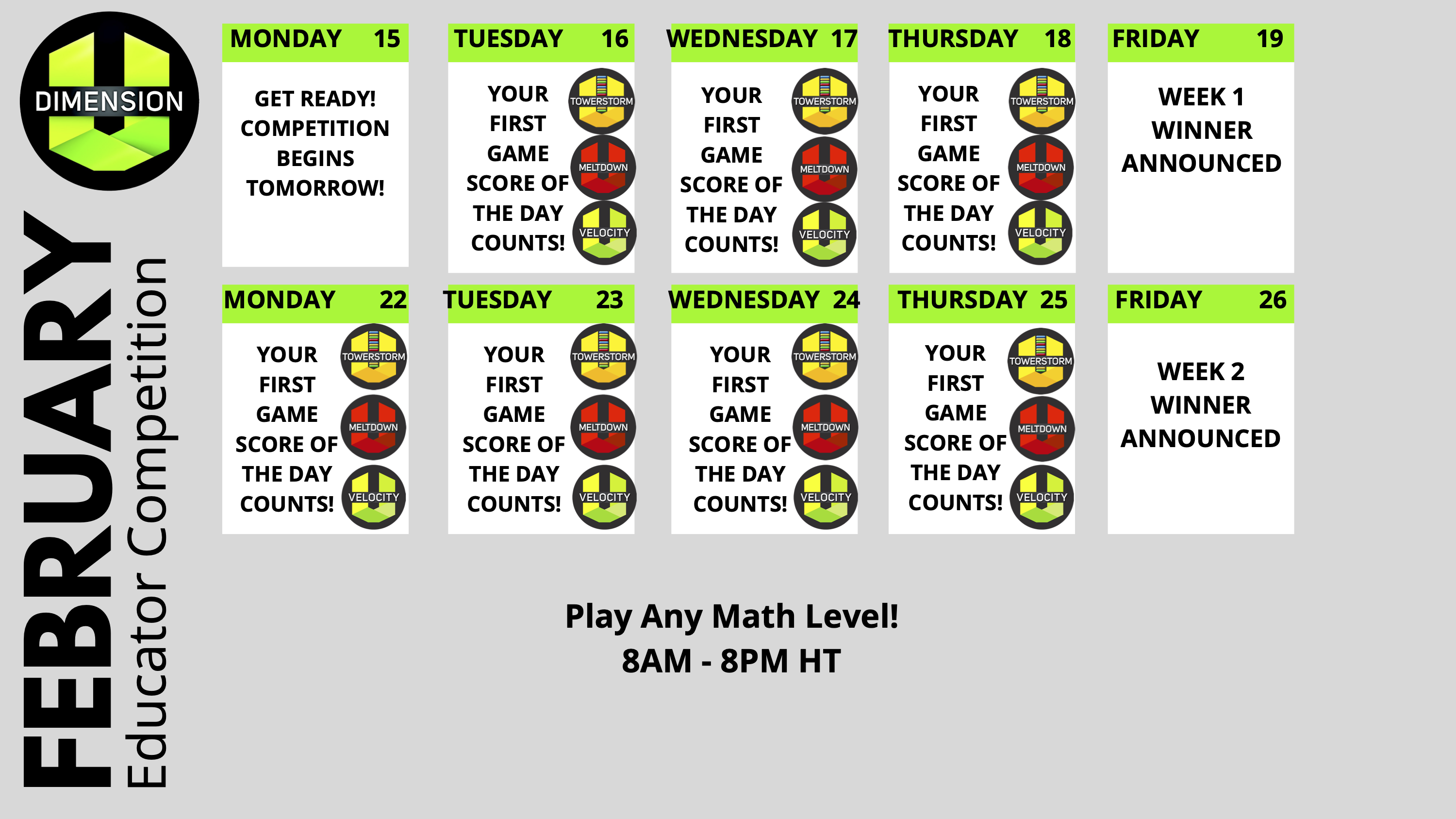 Who is this competition for?

The Hawaii DOE Math Games are for students who have a DimensionU account through their school in Hawaii DOE. If you’re not sure if you are eligible to participate, ask your teacher or email us at tournaments@dimensionu.com.

Consumer accounts purchased at www.dimensionu.com are not eligible to participate in Hawaii Math games.

What will I win?

Winning students will each receive a $20.00 Amazon E-Gift Card. Students may not win more than once during the competition period.

Winning educators will each receive a $50.00 Amazon E-Gift Card. Educators may not win more than once during the competition period.

How do the daily competitions work?

On Mondays & Fridays we’ll take your FIRST game score of the day. You can play any game you’d like, and whichever points are earned FIRST will be your score for that day.

On Tuesdays, we’ll take your highest game score in TowerStorm.

On Wednesdays, we’ll take your highest game score in Meltdown.

On Thursdays, we’ll take your highest game score in Velocity.

You can play as many times as you’d like each day. For example, on TowerStorm Tuesday you might play in 3 games and earn 1000, 1500, and 2000 points. You score for that day would be 2000, which is your highest point earning score for the day.

Which levels do I need to play?

Only points earned by students in MATH curriculum, on following levels, will count:

You’re welcome to practice in any of our levels, but remember to play on your designated levels for your points to count toward the tournament.

Can I play any time of the day for my points to count?

Points earned between 8AM HT and 8PM HT will count toward your Hawaii Math Games score.

Can I use a computer or a mobile device?

What happens if there is a tie?

In the event of a tie, we will award the prize to the student who earned those points earliest in the day.

When will winners be announced?

We’ll announce daily winners on the leaderboard and through our social media. Once verified, prizes will be sent directly to the school contact for distribution within 2 weeks of the competition ending.

If you have any additional questions, please email us at tournaments@dimensionu.com.